Uranium stocks on the ASX: The Ultimate Guide 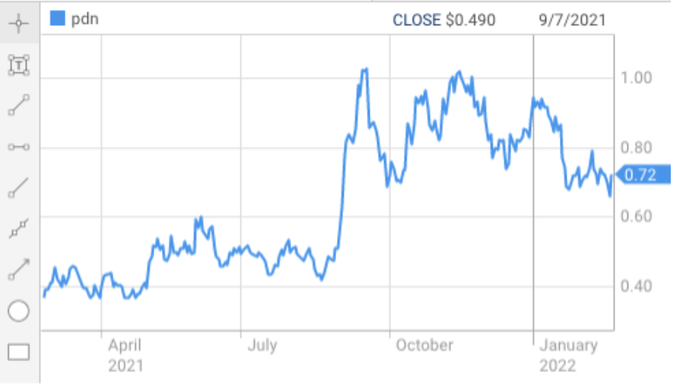 ASX Uranium stocks were on a tear in 2021 up over 100%. One of the key drivers was the increasing demand for nuclear generation, with no realistic alternative currently available for viabley reducing carbon emissions.

This was a key feature of the discussion at COP26.

A number of global events such as Fukushima nuclear accident and Kazakhstan's soaring uranium production have led in recent months to oversupply levels.

World mining and production of uranium is dominated by Cameco which operates the world's largest uranium deposit in Canada and Kazakhstan.

Denison Mines is a uranium exploration and development company also in Canada.

But Australia does have some quality uranium resources and mineral exploration and the companies in the uranium industry that are listed on the ASX are researched by our analyst team.

Is uranium mining permitted in Australia?

The mining of uranium deposits has been permitted in Australia since 1954 for nuclear power not nuclear weapons. There are currently three operating Australian uranium mines in 2022.

What companies mine uranium in Australia?

The prominent operating uranium miners in Australia include BHP Billiton based at the Olympic Dam deposit in South Australia. This is the biggest mining operations and and is the largest known single uranium ore body in the world. It has extensive underground mining.

Energy Resource of Australia (ERA) produces uranium oxide for the global nuclear power market. It is based at the Ranger mine and is one of only three mines in the world to produce in excess of 130,000 tonnes or uranium oxide. A study by the International Atomic Energy Agency found that nuclear now supplies 11% of global electricity.

Quasar operates Four mile uranium mine which opened in 2017. But it's really only the large underground mine at Olympic Dam in South Australia that has significant deposits of uranium reserves.

In 2019, Australia produced 7790 tonnes of uranium oxide and was ranked the world's third best uranium oxide producer behind Kazakhstan and Canada.

Who is Australia's largest uranium miner?

The uranium mine and mineral resources deposit at Olympic Dam in South Australia, is owned by BHP is mainly a copper production mine but with with a bi-product of uranium oxide.

It is the biggest uranium mining operation for Australian uranium.

Ranger, is the uranium ore mine in the Northern Territory but it has closed down. Four Mile continues to operate and Boss Resources is about to re-open for mining.

Uranium production is complicated. In the first step it is filtered and dried to produce uranium oxide concentrate, often referred to as 'yellowcake'. Uranium can take many chemical forms, but is generally found as uranium oxide. Uranium oxide is its most stable form.

What is the best uranium stock to buy in Australia?

Despite the weakness in uranium stocks, Under the Radar Report remains well in front, sector flagbearer Paladin Energy (PDN) is up over 70% since we first tipped it in April 2021.

Paladin Energy Limited is an Australian uranium exploration company and uranium miner. It is one of the only large-scale uranium producers in the world.

We focus on fast growth small cap shares. Our mining analysts at Under the Radar Report also like Boss Energy (BOE).

The uranium deposit at its Honeymoon uranium mine. BOE has a processing plant and is fully permitted for uranium mining including production, storage and export. It is expanding production and has an existing solvent extraction plant.

Below we look at the sector’s outlook to determine whether the weakness provides a buying opportunity, or whether there is too much uncertainty in stocks, which require a higher uranium price to be economic.

THE URANIUM PRICE IS STILL EXPLODING

The 5 year spot price of the uranium standard contract in US Dollars of 250 pounds of U308 traded on on the NY Mercantile Exchange. The export uranium price has been recovering for the past 5 years as weapons grade stock is run down and nuclear power reactors and generators become more common around the world.

COP26 in Glasgow in November 2021 highlighted that nuclear powered energy is the only option for countries to quickly reduce carbon emissions while maintaining energy consumption.

Uranium mines that can re-start production relatively quickly like Paladin Energy (PDN) are in the box seat to benefit from low emission energy.

The market for uranium is in deficit with demand exceeding supply. However, drawdowns from inventories are making up the difference. With limited inventories and uranium demand increasing because of new power plants, an inflection point is expected in the 2024/25 period with higher prices. Uranium shares will move well before then.

While there are a range of uranium project developers, the stocks we recommend all have the advantage that it is reopening an existing proven plant that can be fast tracked to take advantage of higher prices when they occur, although the timing of this is highly uncertain – hence these are high risk investments.

Uranium equities have experienced weakness since around November 2021, generally correlated with the weakness in the major US indices, although the fall in uranium equities has tended to be more severe than for some sectors.

Uranium companies carry additional ‘delay risk’ because most new projects are not profitable at the current uranium price. The lower level of uranium’s trading range since October 2021 has been flat, hovering around US$44/lb U308. Many need prices of around US$60.

Miners in the sector are deferring investment decisions while prices remain below commercial levels. The impact of deferred projects which pushes cash flow out has a negative impact on valuations.

For most commodities, such as metals, there is no such impediment, with projects generally proceeding as fast as approvals, finance and construction allow.

Geopolitical tensions could cause price increases, as they have in oil & gas. In the Ukraine, 20% of US nuclear power stations are reliant on imported Russian uranium.

Last month civil unrest broke out in Kazakhstan, the world’s largest uranium producer, leading to security related action by Russia. While production has not been affected, power utilities are now facing greater political risk than before.

The general trends in the ongoing supply/demand point to a tightening uranium market (lower supply with demand increasing).

On the supply side, both BHP Group’s Olympic Dam deposit in South Australia and the Kazakhstan based JSC National Atomic Company “Kazatomprom” (KAP:LSE) have had recent production shortfalls.

As we discussed in November 2021 during Glasgow’s global climate summit, COP26, nuclear is being accelerated as a based load source due to its low carbon emissions as countries scramble to meet harder deadlines for carbon emissions in 2030 and the zero goal for 2050.

The vast majority of uranium is used by nuclear facilities, which in the US, France and Canada that were slated for retirement are receiving life extensions of 25-30 years. More life extensions of plants around the world are probable.

It looks likely that nuclear will be included in the EU Taxonomy, although the strategies of individual countries may differ.

The Czech Republic is working on proposals for additional reactors to add to the six it already has. A new reactor has just been commissioned in Finland, the first in 14 years. It is expected to produce around 14% of Finland’s power.

To meet Japan’s 2030 emissions reduction goal, it is understood an additional 33 nuclear reactors will need to be restarted.

The uranium minerals market is in deficit with demand exceeding supply. However, drawdowns from inventories are making up the difference.

With limited inventories and uranium demand increasing because of new power plants, an inflection point is expected in the 2024/25 period with higher prices.

Uranium shares will move well before then.