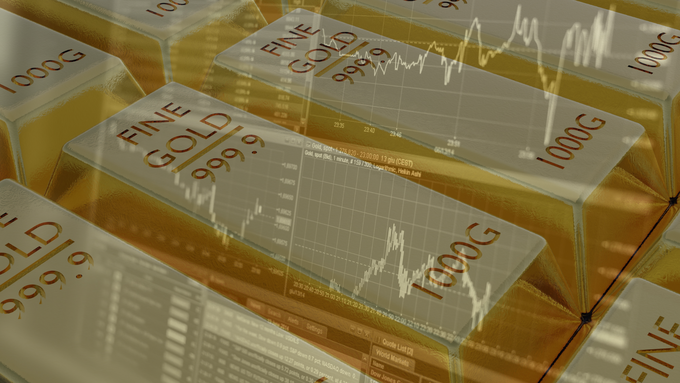 When the Russian military fired shells at a nuclear plant in South-East Ukraine earlier this month, the gold price spiked US$100. Gold is the ultimate safe haven because it is the only asset that acts as a hedge against inflation and conflict, and it isn’t somebody else’s liability. Under the Radar believes the best way to get access to gold is to buy quality gold producers.

A Safe Haven in Conflict

Not surprisingly, given its traditional safe haven status, gold surged over the past few weeks, both before and after Russia invaded Ukraine. Gold is proving itself as a hedge when investors get nervous, both in terms of conflict as well as surging inflation accompanied with interest rate increases.

In contrast, the much-hyped crypto currencies such as Bitcoin have proven to have an almost perfect correlation with equity markets, most notably the US based technology heavy NASDAQ Index. In fact, the moves of crypto currencies have been exaggerated when compared with major stock market indices, proving to be even riskier than the equity asset class.

At the same time, all asset prices, including gold, are being moved around by the increasing inflation and the threat of much higher US dollar interest rates, which would tend to reduce the value of gold as a non-yielding asset.

There is also a more nuanced negative effect from the strength of the US dollar, which will tend to reduce the US dollar price of gold, because it makes buying gold in other currencies more expensive. If you’re an Indian needing to buy gold to manufacture jewellery, you have to buy in US$. A stronger US$ means you need to pay more in Indian Rupee, reducing your demand. The US$ is a strong safe haven asset, going from one safe haven to another. 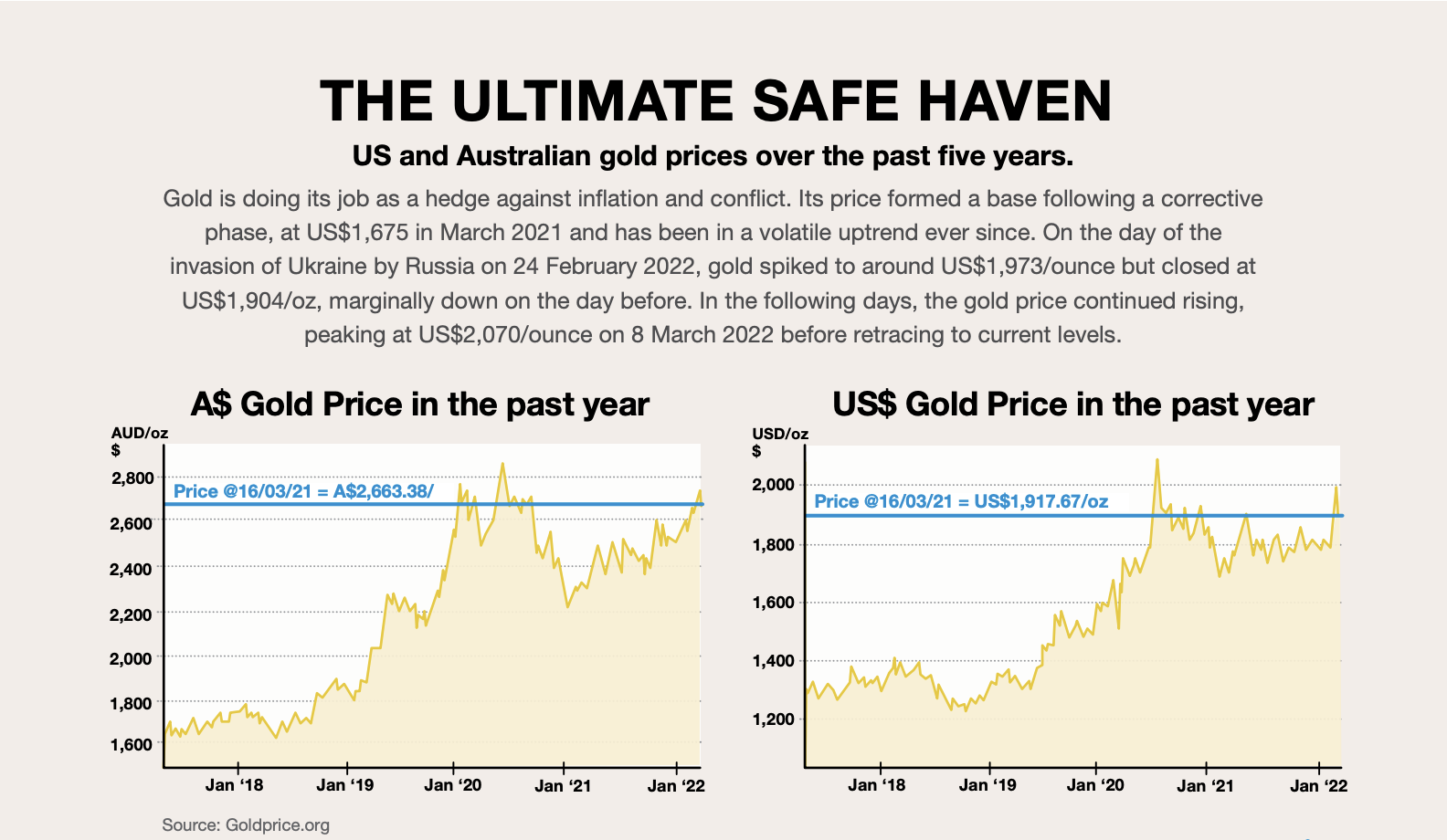 On the other hand, pushing the gold price higher are surges in various commodities, including nickel, coal, wheat and other commodities affected by the Russian crisis. Although these may be short-term, these moves have been dramatically more than the move in gold. If the gold price is a lagging indicator, there may be more upside.

If gold price stays up, gold stocks should perform even better. The average price of gold stocks is over 30% lower than where they were in mid-2020, the last time the gold price was at these levels.

Gold is relevant to producers and customers in a range of currencies and the US$ may not always be the best proxy. While the recent strength of the US$ has led to a correction in gold in that currency, the gold price expressed in A$/ounce has remained in a firmer trend, representing a continuing improving price for Australian producers.

Under the Radar Report’s mining analyst Peter Chilton rates his favoured tier one producers. He also like several emerging producers, but the risks are higher. These three have been around for a while now and are a good place to start your gold odyssey.

It seems like only yesterday that I was chatting to self-confessed workaholic and ex-underground mine manager Bill Beament, who back in mid-2012 was heading up the company at the age of 37. He was animated and talking up the prospects of his flagship and only mine, Paulsens in the Pilbara. He’d just purchased it for $40m from Intrepid Mines. He has now left Northern Star, but not before it has emerged as one of Australia's largest gold producers.

Fast forward to today and Northern Star owns and operates three globally significant gold production centres in Kalgoorlie and Yandal in WA and Pogo in Alaska.

Despite this historic strong growth, Northern Star is nowhere near maturity! FY22 guidance is for 1.55-1.65 m ounces with a target of 2m ounces by 2026 driven by open pit development at its WA developments, namely the Kalgoorlie Super Pit (KCGM) and Thunderbox expansion. There is upside beyond 2m ounce per year with resource optionality at KCGM and substantial potential from the company’s recent 50% acquisition of the Windfall high grade gold deposit in Quebec.

While Northern Star’s Bill Beament has been the mining expert, Evolution’s Jake Klein has been the guy buying and selling gold mines, which befits his background as a banker. I first met Klein far away from any gold mine, at a pub in the CBD. Back in March 2015 the stock was around 70 cents. In the end, the timing wouldn’t have made much difference, because the shares have performed spectacularly well.

He’s still at the helm and continuing Evolution’s track record of strong production growth. The miner now operates assets at Lake Cowal (NSW), Red Lake (Ontario, Canada), Mungari (WA) and assumed 100% ownership of Ernest Henry (Queensland) in January 2022. The group has provided production guidance of 670-725k ounce for FY22, 775-830k ounce for FY23 and 855-915k ounce for FY24.  There is further growth upside beyond this at Red Lake and Ernest Henry.

With Saracen removed from the list of independent gold producers, Regis well and truly fills the vacuum. The gold producer owns the Duketon project operations (WA) and 30% of the Tropicana mine (WA). Total Group FY22 guidance is production of 420-475k ounces. Annual capacity from these operations is potentially 500k ounces per year.

There is upside potential. Firstly, through its Tropicana mine via exploration; but even more from the McPhyllamys mine in NSW, but this is subject to State Government approval, which has been delayed.

There is great uncertainty about the approval process, but McPhyllamys would increase annual production 40% to around 700k ounces.

Regis remains the sleeper in the gold sector, having suffered from Murphy’s Law, but is positioned to leverage a strengthening gold price. What’s life without a risk?