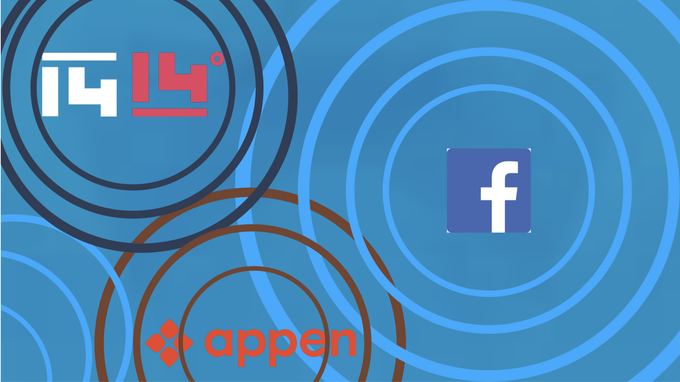 Pockets of value are turning up all over the place in small caps as giants like Facebook hit turbulence. Speaking of which, we covered Helloworld Travel (HLO) less than a month ago and its stock has spiked over 40% since then, powered by Australia’s prime minister giving the green light to opening international borders. Let’s see if we can find some more of these little ASX Small Cap gems.

Facebook and Appen: the disruptors being disrupted
At the other end of the spectrum is of course, Facebook, whose plight was summed up when it emerged from its own internal research that a child had said that Facebook is for old people. Old people or not, there’s a reason Facebook has a net profit margin before tax of 43% versus other media companies of 15%, which is on a good day. As we’re finding out, the social media giant has outsourced compliance people to the algorithms.

Let’s look at a mini-titan closer to home. The stock in technology company Appen (APX) has fallen 75% in the past 12 months and still has a market valuation of over $1bn. What is happening is a fascinating case of a disruptor being disrupted.

Appen was marketed as a picks and shovels business to AI. This company is built around improving the search relevance for Facebook, Microsoft and Google.

Very quickly, however, machines are becoming smarter as more learning is built into the algorithms. After explosive growth between 2016 and 2019 Appen’s revenue growth is slowing to single-digits. If this continues, its current PE of 20 times still looks very expensive if this trend continues.

Our advice: Don't pay up for growth stocks

What’s the takeout? Don’t blindly pay up for growth stocks. Once growth starts slowing, the market is ruthless. Timing is everything in growth stocks, which is why it’s important to be two steps ahead. Today’s Behemoth is tomorrow’s Dinosaur. The flipside however, is that today’s Minnow could be tomorrow’s Minotaur.

We’re in the middle of covering loads of small caps that are leveraged to future trends. Here are four we’re keeping an eye on, which will give you a good start.

1414 Degrees (ASX:14D) is very small but is involved in energy storage, which is obviously very important at the moment. The company has developed a molten silicon based battery, suitable for industrial use. The idea is you’re getting renewable energy that transfers to the battery.

Trajan (ASX:TRJ) is much bigger, hence there is more opportunity to get a meaningful stake. This company does all its own manufacturing and design, makings medical devices and equipment for laboratories. It’s in the healthcare field as well as environmental analysis. The company is generating strong growth from consumables, which means its getting recurring revenues. The markets likes these terms.

Australian Strategic Materials (ASX:ASM) has its foot on a rare earth deposit in Dubbo, spin off from a mining company. A huge project, which requires financing. Technically difficult but highly visionary.

Liontown Resources (ASX:LTR) is another spin-off, whose main asset is a large lithium resource in Kalgoorlie. A veritable emerging Pilbara Minerals with a big hard rock, spodumene resource. After some big share price moves it market valuation is now over $2.6bn, so not the smallest small cap in the shed.