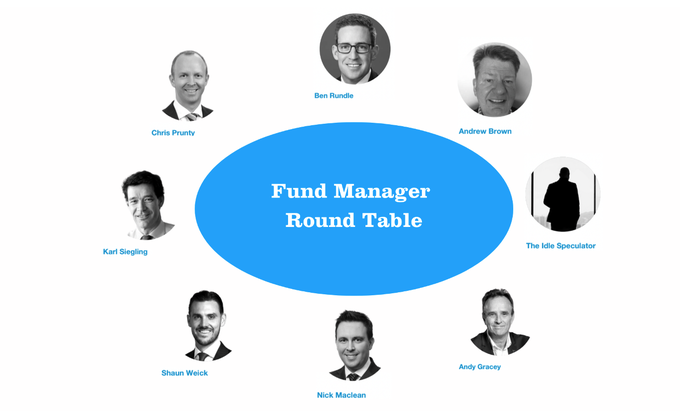 Some of Australia’s top investors deliver their opinion on the big picture, the small picture and all that lies in-between. A must read for anyone looking to profit in 2021 and beyond. In this series, Richard Hemming asks 8 of Australia's top fund managers key questions on investing. These are excerpts from questions 5-8.

Uniti Group (UWL), Johns Lyng (JLG), People Infrastructure (PPE), Hansen Technologies (HSN) and Codan (CDA) were all big winners in FY21. We own them all but for Codan which we sold on valuation grounds. Historically, selling for valuation reasons alone has been one of our biggest mistakes. It is possible it’s a mistake we have repeated here. Nevertheless, given we are fully invested and had other ideas the cash had to come from somewhere and with a very low prospective return we funded other purchases with Codan’s sale.

Big winners have been Codan (CDA), Maas Group (MGH) and Sealink Travel (SLK). We continue to see upside potential in these businesses on the back of solid industry tailwinds and execution by the respective management teams.

Mainstream (MAI). We owned Mainstream at the inception of the fund when the stock was trading around $1. The stock fit neatly into our investment criteria being a founder led business run by a capable management team who treated the shareholders as owners of the business. They had a takeover bid at $1.20 which erupted into a bidding war with the final buyer paying $2.80 per share. We still own the company, but we will take cash once the bid goes through.

Cettire (CTT). The company held its IPO right before Christmas 2020 when a lot of fund managers are not looking to add new ideas to their portfolio. They are an online luxury goods retailer who hold no inventory, choosing instead to ship directly to customers from suppliers around the world. The technology behind the business is first class and due to their integration into the supply chain as well as clever advertising techniques, the business has experienced extremely strong sales growth despite spending little in the way of overheads. The company listed at 50c and is now trading above $2. We still own the company.

To see the full responses of these ASX Fund Managers,

Q6: What did you learn from any losing investments in 2021?

Some of our largest losing investments are either out of favour or alternatively companies like PPE company Cleanspace (CSX) having being disproportionately impacted from Covid. We are typically buying our losers and selling our winners.

As always buying is a lot easier than selling. When a stock rolls over it is time to start selling the position and not ‘hope’ that the position will recover to a price it previously traded at. This is the single biggest mistake that most investors make and probably will continue to be the single biggest mistake investors make. Conversely not adding to our winners aggressively enough was a smaller issue for the fund. On the whole we added well to recovering positions but could probably have acted more quickly during the panic when stocks started to recover.

Q7: How long on average do you stay invested for?

Typically, we remain invested for 2-5 years as we take a longer term view on where we see potential value.

Take out a Free Trial now to read all the responses in full.

Q8: Could you share examples of some of your big stock picking successes please.

Two that I’ve enjoyed over the past couple of years are Eagers Automotive (APE) and Uniti Group (UWL).

APE had acquired Automotive Holdings, had a stretched balance sheet, inherited a loss making refrigerated logistics business they couldn’t sell, car sales were in an extended slump, Holden had just pulled out of Australia, the company halved its dividend and the pandemic forced dealerships to shut. Add all that up and the stock was on its knees. Finally, its refrigerated logistics business was sold at a knock down price, but it served to alleviate the balance sheet and boost earnings by remove the losses. This was the invitation to buy and since then the news has been nothing but positive. New and used car sales have boomed while supply has been constrained so margins have been fantastic. Dealerships and properties have been bought and sold space has been consolidated, costs taken out, cash has flowed and the stock has quadrupled in the space of 15 months. Whatsmore it has enabled my penchant for car reviews to be reclassified from hobby to market research.

UWL has a strong and credible management team with a clear vision. They delivered deal after deal, cash flowed in, the sum was greater than the parts and the market continually re-rated the stock. If stock price appreciation is like riding the escalators in a department store, I wasn’t clever enough to get on in the Food Hall or Men’s Underwear but did get on at about Men’s Tailoring and have enjoyed the journey all the way up through Home Appliances, Womenswear and into the Toy store and Café. It isn’t clear though whether there is a roof-top terrace.

THE IDLE SPECULATOR
Portfolio Manager, Under the Radar Report:

We’ve had a large number of successes, including picking Afterpay (APT), Northern Star (NST) and Evolution Mining (EVN), not to forget Nick Scali (NCK) and Clover Corp (CLV). Then there is Macquarie Telecom (MAQ). Most recently there has been AVA Global (AVA) and Laserbond (LBL). But Village Roadshow (VRL) holds a special place in our collective hearts because what was ignored by many in the market for a long time turned out to be a big winner.

We first started watching in 1992, when a stock we owned in the UK, Anglia Television, which tripled in a year, owned 20%. We watched VRL’s fortunes soar and tumble more than once over the 90s and zeros. Eventually, we bought a few thousand at 80 cents in May 2009. That investment paid a fully franked yield over the following 6 months of 12%, repaid the entire investment through a special dividend of 80 cents in July 2011, as well as a capital return of 20 cents, and paid substantial ongoing dividends until balance sheet travails forced the suspension of dividends again. Finally, after some family infighting, in December, VRL succumbed to a bid from private equity at $3 a share, after Covid had put their experience based businesses in question. Our guess is that ultimately, the acquisition of VRL will prove to be one of the best private equity results.

Take out a Free Trial now to read all the responses in full.

Q9: Which CEOs have you been most impressed with and why?
Q10: What are you biggest contrarian bets and why?
Q11: Are you more interested in resources than earlier? Why? Which stocks do you own?Q12: Have you been buying growth stocks and if so, which ones? Have you been holding or taking profits?