Flight Centre v's Helloworld? Which ASX Stock will Take off after Covid lifts? 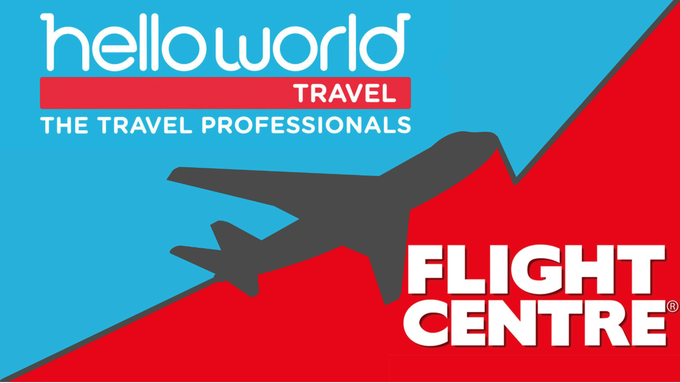 The recovery trade is synonymous with freedom of movement, or at least the anticipation of it. Share prices in travel stocks are moving fast, but as we’ve discovered, there can be false dawns. The travel industry is a classic case and we tell you now which is the best stock in this space to buy now.

The share prices of travel booking companies Flight Centre (ASX:FLT) and Helloworld Travel (HLO)  both raced up only to come back down when the reality of Delta hit, and now they’re spiking again.

The great uncertainty means that the rewards for such anticipation can be great. The point, however, is what you pay for that reward, because the risks are very similar. We are on opposite sides of the spectrum in the stocks of these very similar businesses, being sellers of Flight Centre, but buyers of Helloworld. Why is that?

On an enterprise value to total transaction value (gross sales before commissions are taken out) Flight Centre trades on a FY21 ratio of 85%, a big premium to Helloworld’s 27%. If you forecast volumes to bounce back to pre-Covid FY19 levels, this premium still exists (14% versus 4%). Both have balance sheets that can last until FY23 before they need to raise more capital if travel restrictions remain, although it’s notable that because of its size, Flight Centre is burning through the cash much faster. One thing that impressed at Helloworld’s result was how small its cash burn was at $3.2m for the June quarter. Flight Centre is burning at the rate of $30-40m a month.

Basically, for a Covid recovery trade, you are facing very similar risks, but getting much more reward. Of course, one is an industry leader, the other has been facing reputational issues of customers going out of pocket because its franchisees went broke and took their holiday payments out of trust.

The point remains, however, that Small Caps is where the bulk of the action is for those investors willing to take on a fair amount of risk in industries that have been hit hard by Covid.

The risks are great. In the recent reporting season, analysing the accounts has not been easy. Many are using Covid as an excuse for weaker sales lines and conversely have propped up profits with government assistance such as JobKeeper. It is inherently difficult to assess which companies are under the most duress. This will be much clearer in coming months as reality bites.

What Should Investors Look For in Covid Recovery Stocks?

What we are looking for is evidence of pent up demand, which can be seen in health and retail services, for example. The much troubled Retail Foods (RFG) is one of those that stands to benefit from the end of the extended lockdowns in the Eastern States. People will be going out to shop, and to the company’s franchise of cafés and bakeries to spend time with friends and family. Hopefully that end is in sight and Christmas is relatively free.

The importance of Inventory for ASX Retail stocks

It was notable that online retailer Kogan (KGN) got sold off to the tune of 15% on its result because of a miscalculation on purchasing excessive inventory. But walking around the isles of stores and it’s obvious that inventory is more of a strength as it becomes harder to obtain. Remember, something like 80% of airfreight used to come in the belly of passenger planes, rather than special cargo planes and the number of planes flying into Sydney are down 95%.

In the health space there has been limited and at times zero access for companies servicing hospitals. Stock in ultrasound sterilisation specialist Nanosonics (NAN) spiked 22% on news that its second half saw a big rebound in sales. This is far from the case across the board, however. There are a number of stocks in this sector that are not expensive and have the potential to super charge their profits once the difficulties end.

The opportunities are still out there, but it’s not as obvious as you might think. Digging around on the ASX has never been more important.

To start getting expert advise in buying and selling shares