Market Update: Where you can find Value in the Stock market now 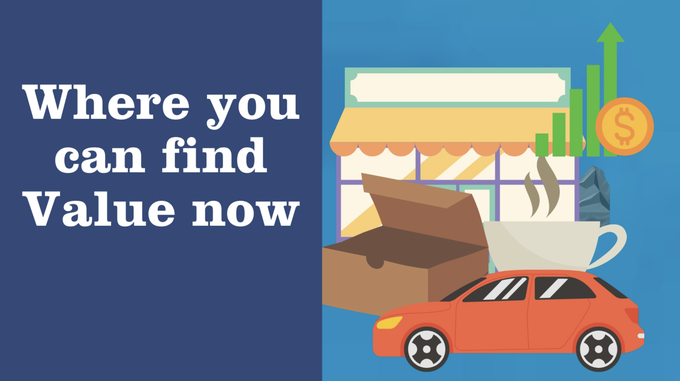 Investor fears of inflation are valid, but there is value in the stock market now.

The key to successful investing is paying close attention to the fundamentals of earnings, cash flow and balance sheet, remaining calm and looking at the bigger picture. Part of this is understanding that while there will be volatility, this will largely be in stocks and assets such as crypto currencies that do not produce income. Speculation on unproductive assets will get harder. Conversely, the market will reward companies with growing earnings and dividends. This is where value triumphs.

The market is hardening its expectations of rate rises. Australian headline inflation spiked this week to 3.5%, smashing market expectations and an underlying inflation rate of 2.6% is well ahead of the RBA’s official forecasts. The US Fed Reserve chair Jay Powell is becoming more hawkish by the minute, as market expectations indicate that there will be more than 3 rate rises this year and a shrinking of the Fed Reserve’s balance sheet, which holds assets of US$9 trillion, more than double the amount compared with early 2020.

While what central bankers, such as the Fed’s Jay Powell and the RBA’s Philip Lowe, say is important, as are their actions of reducing stimulus by tapering bond purchases and increasing official short-term interest rates, there are bigger forces at play.

One of the reasons there has been so much speculation on crypto and an influx of listings via IPOs is that there has been, for a while now, an excess of the supply of savings around the world. This is reflected in very low interest rates, which have been at or near zero and sometimes even negative. In 2005 then Fed Reserve chair Ben Bernanke famously called this the “global savings glut”. Venture capital funds, pension funds, private equity and superannuation funds are running around looking into every nook and cranny for anything that looks like it might yield a decent real return (above zero).

People have rushed into the perceived safety of unproductive assets such as Australian and US housing, as well as so-called safe havens, US Treasuries, Germany’s Bund and Australian Government Bonds. At the other end of the spectrum, they’ve piled into new asset classes such as crypto, as well as into companies that are very early in the business lifecycle, but are accessing hot themes such as fintech or AI. Just look at the record IPOs, as well as the rise and rise of crypto currency and NFTs globally in 2021!

The Fed Reserve and RBA’s actions towards a predilection of tightening money supply are simply a reflection that there are increasing signals that there is a pause in this global savings glut.

But make no mistake, the tectonic shift is still in the balance. Bonds are being sold off, but interest rates remain very low. The US 10-year Treasury yield has climbed from below 1% in 2020 to just over 1.8%, while the Australian 10 year Government Bond is just above 2% and Germany’s Bund (10 year govt bond) is actually negative at -0.07%.

Back to Bernanke, who noted in 2005 a “remarkable reversal in flows of credit” to some emerging economies, especially those in East Asia. These countries had begun to save more than they invested at home, becoming a “net supplier of funds” to the rest of the world. Their “saving glut” helped finance America’s widening current-account deficit, allowing the world’s richest country to buy more goods and services from others than it sold to them. Bernanke wondered whether this arrangement could, or should, persist. Some economists later blamed the glut for America’s housing bubble.

Fast forward to today and it’s still happening! But to a lesser and lesser degree. Investors are wising up and selling assets considered unproductive, all the while the central bankers are taking away the cookie jar in the wake of political pressure as more and more evidence indicates that inflation is climbing due to a combination of increasing costs and pent-up demand, relating in no small way to Covid.

The more the market is concerned about rising interest rates, the more investors will reward fundamentals: real earnings, strong balance sheets and dividends.

The stocks we advocate owning in both Blue Chip and Under the Radar Report: Small Caps all have solid foundations: real businesses generating actual goods and services, generating cash flow and most important: growth!

Conversely, they will punish asset classes that are propped up by blue sky growth prospects and unproductive assets such as crypto. These are assets whose valuations are based not on a discounting of future cash flows, but exclusively on sentiment, relying on FOMO or momentum trading and are devoid of investment fundamentals.

The wrinkle in the ointment is based on some iron clad valuation laws. A firm’s valuation is negatively related to the discount rate that is used. For example, a bond holder receives a stream of cash flow (known as coupons). To get to the valuation those future cash flows are measured in today’s dollars, which requires a discount rate. The higher the rate, the lower the price of the bond. In the same way, there is a negative relationship between the price of a stock and its price to earnings or “PE”.

But (there’s always a “but”) it’s not a linear relationship. As you get to smaller and smaller discount rates the increase in valuation is exponential. This has been evident in the past couple of years as speculation has increased. But the flip side is also true. When interest rates climb (an increasing discount rate), the higher risk assets get hit hardest.

Where does this leave ASX Investors?

Around the globe, stocks have been getting hit across the board in the past few weeks. We continue to advocate buying stock in small parcels, where that stock has strong fundamentals: growing earnings, not too much debt. This is reflected in our positive recommendations, whether they are Buy or Spec Buy. Where you own stocks that are currently loss making, you have to look very hard at why they’re in your portfolio.

Stocks that are actually producing something, whether it’s a good or a service, gives you a strong reference point. This enables us to value the stock. When a stock really only exists as an idea, it is highly vulnerable to a big sell-off. On the other hand, sustainable earnings engender confidence, which is what you need, now more than ever.

The bottom line is that a stock that is a good business will still be a good business whatever the stock market does. Moreover, if there is a market dislocation or correction, this stock will invariably bounce back very quickly.