The sectors that will benefit from inflation 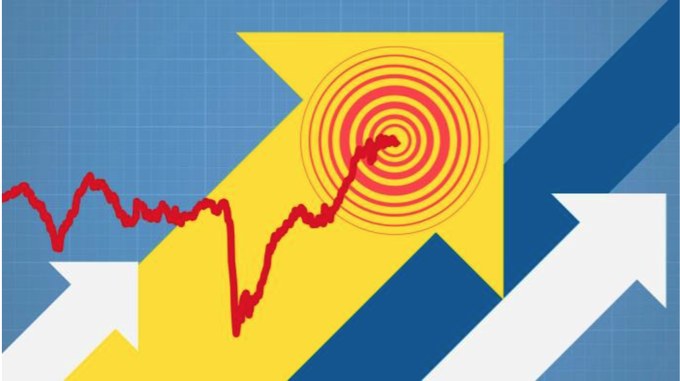 “Inflation”, “inflation”, “inflation”, that’s all you hear. One question: why is the US Treasury 10 year bond yield only 1.6%? This indicates that aggregate demand in the world’s biggest economy isn’t going anywhere, anytime soon, which means inflation isn’t of concern to the giants of the markets: the bond traders. Here, Blue Chip Value discusses why interest rates aren’t going up any time soon and which stocks are the big beneficiaries. Get settled in.

Access our best Small Cap stocks to buy now to supercharge your future.

The recession associated with the pandemic was a supply side shock, which was the first in our generation. Every other prior recession in the US and Australia was related to a demand shock. The playbook was always the same for what economists call an aggregate demand induced recession: excess demand stokes inflation; the central bank restricts monetary supply; interest rates climb, making it more expensive to borrow, to quell the excess demand; two years of depressed aggregate demand causes inflation expectations to recede; the central bank starts to loosen monetary policy; an expansion phase begins.

The 2007-2010 financial crisis was slightly different, albeit demand induced. Excess demand in this case meant that balance sheets got weakened (too much debt); when asset values collapsed there was a demand shock induced recession, led by the economy’s boiler room: the banks.

What happened in the great 2020 pandemic

This recession of 2020 has been fundamentally different because aggregate demand has held up, despite the government imposed restrictions. In part, this is due to government fiscal initiatives such as JobKeeper, but the bigger reason has been monetary. In contrast to the playbook above, the central bank didn’t have to punish households and businesses for excess demand. In this case, as soon as there was a precipitous fall in aggregate demand, central banks came in and supplied liquidity. Monetary policy was the key because instead of preventing a demand/inflation recession with a policy designed to reduce spending, it did the opposite and encouraged increased borrowing and spending.

It is true that balance sheets, both corporate and individual, are stronger than prior to the pandemic, which should normally lead to price inflation. The bigger factor is confidence, or the lack of it, which is associated with economic uncertainty. We call this the “trust deficit”, which is curtailing investment.

The RBA’s head of economic analysis Brad Jones last week talked about this factor in explanation for weak global private sector capital investment. This is despite evidence of increasing company profitability, reflected in high ROEs, combined with low bond yields (the risk free rate). Both factors suggest that investment should be increasing – higher cash flow estimates and lower discount rates. But because of higher uncertainty, there is a higher equity risk premium being factored in.

This is ironically favourable for some companies because lower investment means that higher returns are not being competed away. The bigger point, however, is that the recovery from Covid is not V shaped but is messy. It’s a case of one step forward and two steps back.

Some think that because official interest rates are zero, or close to zero, this makes central banks and their monetary policy tools impotent. This is far from the case. Quantitative Easing is pumping liquidity into the economy, the RBA indicating that this will be the case until at least 2024. The US Federal Reserve is still buying US$120bn PER MONTH of bonds, mortgages, driving other investors up the risk curve, i.e. into equities.

What this means for investors

Big Banks are still a good bet. Australia’s economic growth has relied on population growth via increasing immigration for the past decade. Without that assist, interest rates will remain low domestically in order to prop up the economy via increasing lending. Low interest rates means lending volumes will only get stronger.

Buy Builders. In this issue we have a building theme, covering building products companies Boral (BLD) and CSR (CSR) which are both benefiting from a combination of low interest rates, home renovation, and a building boom promoted by the government during the pandemic. We also cover BlueScope Steel (BSL) which has had its problems in the past but is well and truly getting its act together now.

Don’t write off Retail. Retailers in many cases will be cycling historically high pandemic related sales, but should not be underestimated. These companies benefit from low interest rates and the wealth effect from high housing prices.

The Trust Deficit. Beware of companies engaging in big corporate deals. Given the economic uncertainty, investors are not going to look favourably on companies that engage in big acquisitions. Premiums will be given to companies that strengthen their balance sheets and give money back to shareholders.

The main takeout for ASX investors

Value Works! You can worry less about the downside, and let the upside look after itself. Take a very simplistic case of a stock that has a low earnings yield of 5%, i.e. a P/E ratio of 20 times. If private equity can borrow at 2% or 3%, there is an immediate positive carry that big money is paid to find and exploit. Ultimately, those earnings can be paid out, or reinvested for growth, benefiting the shareholder.

Buying stocks that are good value means your investments aren’t reliant on market sentiment about the future.

Access our best Small Cap stocks to buy now to supercharge your future.