Three Beaten up Stocks That Look Promising for Investors 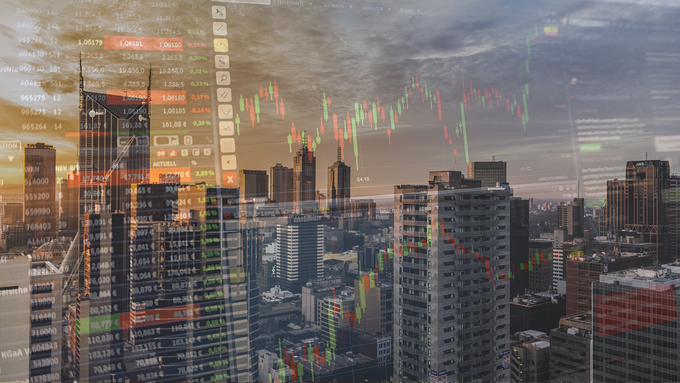 Like most investors I am seeing more red than usual across my portfolio the past two weeks. My portfolio has lost about 5%, which is less than 8.4% the market in the form of the S&P/ASX All Ords Index has lost during this time.

Last year we saw the rise and rise of so-called “meme stocks” promoted heavily on social media, as well as technology stocks like Nuix (ASX:NXL). Fast forward to today and vast numbers of these stocks are down 90% on their 12 month highs.

We’ve been trawling through some of these stocks to see whether there are opportunities.

What is it that you should look for when determining whether these stocks can resuscitate their image?

Let’s call it doing a Mickey, as in Mickey Rourke, an actor who was written off and then won big awards for the title role in The Wrestler, essentially for playing the same sort of character.

The key is that our investment criteria and processes don’t change. What has changed, dramatically in some cases, is the share price. Having cash reserves is always a good thing, but what is most crucial is looking for what stocks have sustainable cash flow. When you get your hands on that, if you’re paying the right price, it’s investing nirvana. Below are three we like that have been hit hard, but crucially for the current environment all are generating positive cash flow. We are seeing opportunities across our universe of Small Cap ASX listed companies. The key remains stock picking. Serious investors are getting very excited.

First, let’s go through a couple of the stocks that we disregarded.

AnteoTech is a company with both a medical arm and a battery arm. This stock has traded at 40 cent levels but now sits below 10 cents. The multi-purpose group at last count had $14m in cash, having opportunistically raised equity capital, but with a heavy cash burn rate we cannot see the end to capital raisings. Similarly, the biotech Dimerix raised bucket loads of cash, spiking 70% in August last year, reaching 40 cents in the wake of an equity raising, the stock has come back to earth, trading at 14 cents. The question is whether the biotech with no sales and an early-stage R&D pipeline is viable. At last count it had almost $17m in cash, but questions are worth asking when the first quarterly “highlight” listed is a tax incentive rebate.

While GameStop could well be the flagship meme stock around the world, in local markets you could argue that the data specialist Nuix (ASX:NXL) fits the infamy category, having fallen to 10% of its value in the wake of its much-hyped IPO in early 2021 led by the broking arm of Macquarie Group.

We don’t think Nuix will come back any time soon, which doesn’t mean you should write it off. But the data specialist’s latest trading update earlier this month indicates revenue is still falling and the company is fighting class actions.

There are plenty of stocks we’ve backed that have initially gone the wrong way and have turned into some of our biggest winners.

I could go on. The point is that if you are onto a good company, often your initial timing won’t be right. Let’s look at three that could have this sort of future because it’s worth repeating, they’re producing positive cash flow.

The first is the game developer PlaySide Studios (ASX: PLY)

We downgraded this stock earlier in the year after a run to $1.22, but now it’s half those levels and we see value. This company’s third quarter was its strongest to date and putting the company on track to achieve well over $40m next year, which is what we estimate it needs to break even. Watch out for the launch of its Legally Blonde game!

To access our latest Best Stocks to buy, join now.

Next is Airtasker (ASX: ART)

The online marketplace connects local service providers, referred to as “Taskers” in the lexicon of Airtasker (ART), with people who want jobs done. The company’s fundamentals are growing at double-digit rates and a recent acquisition increases the size of the group and its profitability. The third quarter’s positive cash flow also gives us hope.

Its stock spiked 20% on news of a new contract. Even including this spike its stock has halved in the past six months. On our numbers this latest deal means the company is sustainably profitable, which is a big deal for a company with subscription-based revenues.