Which stocks will benefit from growing inflation? 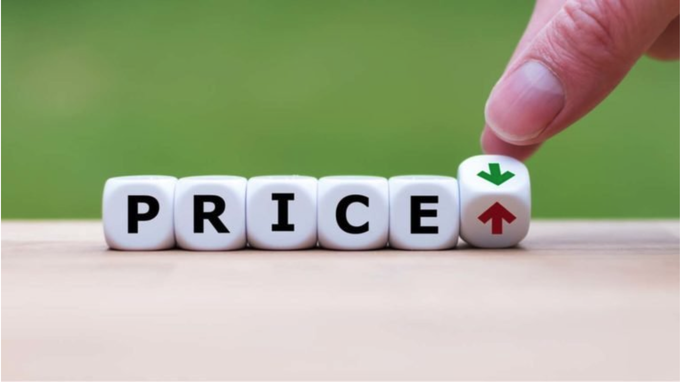 Following a flurry of selling earlier this month, normal service has been resumed and global equities are heading northward. What happened? The US inflation measure is the rate of change in the consumer price index (CPI), which this month came in much higher than expected, increasing 4.2% over 12 months to 31 April, the largest increase since September 2008, when it rose 4.9%.

You would have to go back to the 1990s to see a rise above 5%. Many fear that their hard won gains will be wiped out if prices rise, eroding their spending power. This nervousness stems from the 1970s phenomenon stagflation, where rising inflation combined with rising unemployment. The thinking that there is an inverse relationship between inflation and employment (low unemployment is associated with high wages growth and vice versa) defined by the Phillips Curve, while intuitive, is a flawed example of groupthink. In fact, inflation is positive for equity markets. We’ll show why and which stocks stand to benefit most.

A key sign that investors are happy for increasing inflation is the 46% return in the past 12 months in the benchmark US equities index the S&P/500, which compares to the S&P/ASX 200 Index’s 27%.

In early April (Blue Chip Value Issue 75) we discussed the impact of the US Federal Reserve’s decision last year to tolerate an overshoot of its 2% CPI inflation target for a period of time to compensate for persistently low inflation. Rising global stock prices show investors are taking this approach seriously, believing that the Fed will continue its loose monetary policy for longer. Of course, this policy is magnified by President Joe Biden’s US$1.9 trillion (A$3.2 trillion) of fiscal initiatives to come.

Rather than focusing on inflation, which means the rate of change in the CPI, the US Fed is now concentrating on price level and has adopted a price deflator. If the CPI undershoots the target by 0.5% one year, the next year's target will be 2.5%.

Why inflation is important

Central banks don’t target inflation because they fear it. They target it because of what it represents, as an indicator of aggregate demand in the economy. In the past decade inflation targets have been undershot even as unemployment declined, in the US from 10% down to 4%. We know from economics 101 that when supply exceeds demand you get a drop in prices (low inflation rates).

Therefore, if rising inflation represents a reliable indicator for aggregate demand, it follows that employment will rise, which flips the Phillips Curve on its head. Again, it explains why global equities markets have been rallying. Increasing aggregate demand means that people and businesses are spending more, which is what investors like.

Which stocks do you buy?

In one word: cyclicals (excluding airlines!). These are stocks whose earnings are significantly boosted by increasing economic activity. One of the reason why the banks have been outperforming is that people and companies are borrowing more. This is working on a domestic front. On the global front, increasing economic activity is benefiting resources stocks. These just happen to be two areas that the Blue Chip Value Portfolio is heavily invested in. Elsewhere, owning gold stocks is a useful hedge if annual inflation shoots over 5% and bond yields spike.

It’s worth quickly mentioning vulnerable areas if inflation climbs over this critical point: consumer durables companies like appliance maker Breville (BRG) comes to mind, as do high yield property trusts and bonds (corporate and government). High priced technology stocks are also vulnerable, as we saw in the most recent bond sell off in March. Higher inflation expectations feed through to higher discount rates on expected earnings. Due to the powerful effect of compounding, the further out you get, the more those future earnings get discounted, in some cases to nothing in present value terms.

Rising inflation means a higher cost being assumed for money that isn’t delivering an immediate return. Which brings us to dividends, predominant in the firms that are often designated as “value” because they are not providing much in the way of growth but are delivering into your hip pocket every six months. These firms don’t get adversely affected by rising interest rates.

You need growth in your portfolio but the main point is not over paying for this. That is why Under the Radar Report concentrates on finding growth but at value prices. You also need some dividend paying value, which is where Blue Chip comes in.

The combination of Under the Radar and Blue Chip will give you the diversification you need to reduce your risk and make good returns.